On this day in 1941, the Empire of Japan launched a surprise attack on an unsuspecting naval installation at Pearl Harbor, destroying three American ships and drawing the United States into the Second World War.

But on Pearl Harbor Day in 2017, the only thing getting torpedoed was the delicate remainder of Abel Reyna's credibility.

And, perhaps, his nostrils:

He can't even deny it anymore. Reyna's own associates make sworn statements that he rolls with illegal gambling bosses, abuses cocaine, and drops cases for his donors. He knows he can't explain the flaming chasm between his statements and those of everyone else. Now, he's even lost the Trib. So he hits "play" on his tattered Teddy Ruxpin:

Yet another example of a Twin Peaks defense lawyer digging up a disgruntled former employee with more ridiculous allegations and trying to smear my name and disparage the work of the people of this office. Now they are relying on the word of a person who was fired from this office for being untruthful. It's shameful but not unexpected.

Reyna's strategy is to pretend that this is all just rotunda ragchewin' by a couple of defense dogs. But as our last two posts have shown, these are sworn statements supported by:

How much more evidence is needed to awaken the dwindling remainder of Reyna's Facebook Fan Club? Attorney Brian Bouffard put it best:

It certainly appears there are a lot of so-called 'disgruntled' former employees of the McLennan County District Attorney's Office during Mr. Reyna's tenure as DA," Bouffard said. "What's particularly noteworthy about Ms. Scaramucci is that, unlike Mr. Reyna, she has given her information under oath in the form of an affidavit and is expected to testify under oath, as has Mr. Greg Davis, the former First Assistant DA under Mr. Reyna, and as will the other witnesses who know too well how Mr. Reyna has chosen to execute his responsibilities as a public servant and as a member of the Texas Bar.

Mr. Reyna certainly could take the opportunity to deny these allegations, that he calls "ridiculous" and "shameful," under oath, but hasn't done so. And what of current employees such as Mr. Jarrett and Ms. Dillon? Are they similarly disgruntled? They actually had the opportunity to address these issues under oath, and were called upon in another Twin Peaks case last month to do so, but instead sought to quash subpoenas to avoid having to testify under oath.

All my client wants, and all the citizens of McLennan County should want, is truth and honor and integrity out of their elected prosecutor and his employees. We certainly intend to call Mr. Reyna as a witness on our motion, and hope he will provide truthful and complete testimony on these matters at a full and fair hearing.

Somebody call Parnell and his boys. Have them bring the MRAP, 'cuz Bouffard is dropping bombs. 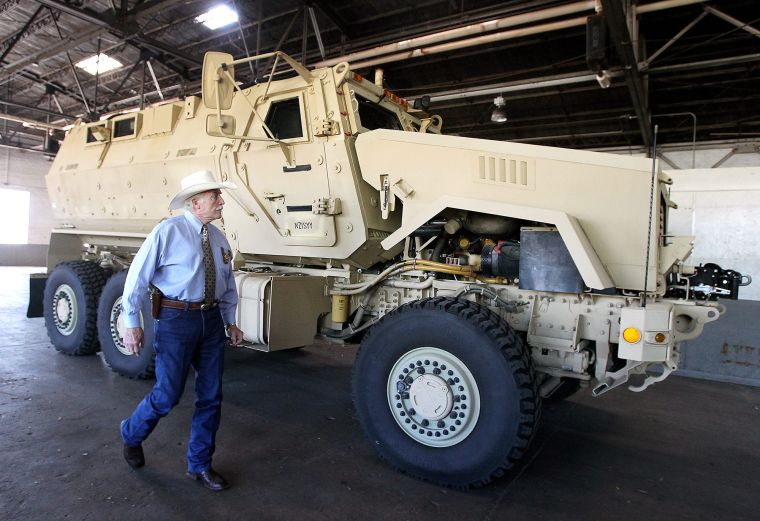